Emotional intelligence is a basic concept in psychology that is gaining in importance. It is considered crucial in predicting our health and happiness since it is closely linked to handling various life situations intelligently. In addition, it is essential to train emotional intelligence for stress, anxiety and other mental disorders.

Emotions have a major influence on the decisions we make in life, even those made about seemingly rational issues. In fact, research suggests that 95% of all our decisions are influenced by our emotions (Arrabal Martín, 2018).

In short, learning how to increase your emotional intelligence is essential for leading a fulfilling and healthy life, and building good relationships with those around you

However, emotional intelligence as such was formally defined by Salovey and Mayer in 1990 based on Gardner’s proposal.

However, it was Daniel Goleman who popularized the concept thanks to his work Emotional Intelligence, one of today’s best-selling books.

Goleman is considered the most prominent psychologist in the revolutionary idea of emotional intelligence. His ideas generate a growing interest among different fields as he states that emotional intelligence can be the key to success in life without relying on the “traditional” IQ. Moreover, he considers this type of intelligence to be the most powerful tool we have when making life decisions and to matter far more than IQ.

In a later book, Goleman broadened the concept by applying emotional intelligence to the workplace and leadership.

Additionally, it is worth noting that, despite being a subject primarily researched by cognitive psychology, there are studies that reveal the biological basis of emotional intelligence. For example, LeDoux shows that the amygdala connects the so-called “rational brain” and the “emotional brain.” This allows us to modify our emotions according to the context and environmental demands.

What is emotional intelligence?

The definition of emotional intelligence arose from the need to answer the question of why there are people who adapt better than others to different everyday situations. The secret to success seems to lie in emotional intelligence, which can be defined as the ability to identify, understand and manage emotions in oneself and others.

Specifically, Goleman defines it as the “ability to recognize, accept, and channel our own emotions, to guide behavior to achieve desired goals and to share them with others.”

What do we mean by emotional intelligence?

Emotionally intelligent individuals can discriminate between emotions, accept them and manage them efficiently to be successful in life. This helps them achieve their goals and build better relationships with themselves and others.

As you may have noticed, emotional intelligence is made up of the following key attributes:

Thus, people with high emotional intelligence should possess these qualities and use them as tools to achieve success in different areas of their lives.

How to measure emotional intelligence?

Professionals should measure emotional intelligence with tests that meet psychometric standards. There are three types of methods to do so:

How to develop emotional intelligence?

Emotional intelligence can be acquired through emotional learning. This learning process is aimed at acquiring “the set of knowledge, skills, abilities and attitudes necessary to understand, express and regulate emotional phenomena appropriately” (Bisquerra and Pérez, 2007).

To develop emotional intelligence, first and foremost, it is fundamental to work on our ability to perceive, describe and express our affective states and those of others. Identifying our emotions helps guide our thoughts and behaviors so as to motivate ourselves and set and achieve goals in life.

Many times, we are unable to put our feelings into words, or we label our emotions in a very basic manner (e.g., I am “fine” or “not fine”) when could be more precise just by trying a little harder (e.g., I feel surprised, disappointed, liberated, etc.). The goals at this point should be to recognize your emotions and know what they mean, in addition to understanding these emotions, distinguishing between them, and learning how they evolve.

The next level is emotional regulation, that is, controlling both positive and negative emotions properly.

Afterwards, you can then start working on identifying emotions in others. This is essential to build positive social relationships.

The ability to understand others, i.e. empathy, should then be enhanced. It is therefore crucial not only to pay attention to what other people say but also to observe their non-verbal communication to integrate all the information.

The ability to regulate other people’s emotions is also trained. This is achieved mainly through emotional communication and active listening. By working on all these aspects, you will gradually increase your emotional intelligence.

If you would like to learn how to improve your emotional intelligence, here are some activities to help you start right away.

Pay attention to your emotions

You should write in detail the feelings of your last few days before going to bed. You can start out with yesterday and try to go back as far as possible. Also, try to connect these emotions with what happened to you throughout the day. Try not to confuse your emotional states (sad) with physical states (tired).

Another approach to being aware of past emotions is to describe how you felt at three important events of your childhood. Try to describe both positive and negative events. You can also do this with emotions from the recent past (last three years, for example).

Writing about your emotions and reflecting on their origins and consequences leads to a better understanding of our emotional intelligence.

Schedule a time each day to pause and write down what you are feeling at that moment. You can set an alarm so you don’t forget and make it a habit. Try to reflect on and include as much information as you can. It can be very useful to use Robert Plutchik’s wheel of emotions.

A version of the exercise is to select a poem and analyze the emotions you experience while reading it. It is not about describing what the author intended to express but what he made you feel. Choose about six words to describe how you feel, including physical sensations. You can do the same with pictures, movies or videos.

To become more aware of how you regulate your emotions, you can write down what you do and what you think when you are in a certain affective state. For example, you can start by analyzing how you react to fear, then to sadness, and finally to anger. To facilitate the task, imagine and visualize yourself in that situation and pay attention to what you think, what you do, and whether or not you try to avoid your feelings.

You can do the same exercise but describing instead your reaction to a pleasant experience, for example, some positive comment you may have received.

The most common activity for practicing this aspect of emotional intelligence is to look at photographs or watch videos of different facial expressions and describe in detail the emotions they convey. Are they positive, negative or inexpressive? What is the position of the mouth or eyebrows? Do they indicate closeness or avoidance? Keep the context in mind!

This is a group activity performed with the help of a moderator. It involves choosing a discussion topic—start with basic topics and then move on to more complex ones. Each person must give their opinion on the subject and it is essential that, before speaking, they summarize the last person’s opinion.

This exercise should be done in pairs. One of you should speak honestly and naturally about an important life situation. The other person should listen actively and pay attention to their partner’s non-verbal signals since, afterwards, he/she will have to “imitate” his/her partner as faithfully as possible. You should try to reproduce the tone of voice, gestures, pauses, etc.

Emotional intelligence is not just for adults; in fact, it is recommended to start emotional learning from the early years of school. Ideally, all schools should have an emotional learning program involving teachers, family members, and students. 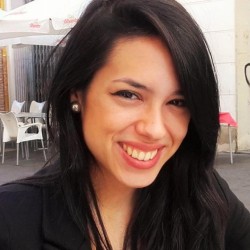