We can begin this article by agreeing that the most common form of onset Alzheimer’s disease (AD) is characterized by an early and prominent deterioration of episodic memory with respect to other cognitive functions and the neuropsychological profile characteristic of a patient with Alzheimer’s type dementia in mild and moderate phase could include, with a certain margin of interindividual variability, a combination of episodic memory deficits, naming, alternating and divided attention, semantic categorization, working memory, verbal fluency, cognitive flexibility, monitoring and supervision, and visuoperceptive, visuospatial and visuoconstructive skills. Assuming that with the advance of the disease the deterioration will reach the whole of cognition.

However, in the text we are dealing with today, we will take a leap backwards in time to focus on the pre-clinical, prodromic and mild cognitive impairment (MCI) phases, phases that are increasingly relevant in the field of neuropsychology due to the enormous interest, and responsibility, that the early diagnosis of Alzheimer’s awakens.

If we are talking about Alzheimer’s, most people, whether they are neuropsychological professionals or not, bring to mind the cognitive-mnestic deterioration. This is engraved into the common imagery, and although true, it also reflects a biased and partial image of AD. In fact, in the scientific field this bias is also observed, most research aimed at describing both cognitive deficits and the evolutionary course of preclinical AD, prodromal and MCI, has focused especially on the study of episodic memory (Mortamais et al., 2017).

However, by broadening the focus of study beyond this, other “atypical” forms of AD have also been recorded and classified, characterized by very early attention deficits, executive functions, language or information processing speed, thus increasing the evidence accumulated in favor of the phenotypic heterogeneity of AD, even in its earliest stages (Twamley et al, 2006; McKhann et al, 2011; 2010; Hassenstab et al, 2015; Han et al, 2017; Schindler et al, 2017).

The same occurs with visuoperceptive and visuospatial functions which, despite being some of the least studied cognitive functions, also play a relevant role in the diagnosis and clinical course of AD. Furthermore, this less interest in gnosis does not correspond to the repercussion that its alteration can generate on the functional independence and quality of life of our patients. For example, visual agnosias can negatively affect a patient’s ability to adequately perform relevant everyday tasks such as driving, reading and writing, recognizing familiar faces, locating products on supermarket shelves, finding an object in a drawer or wardrobe, or correctly orienting a garment of clothing.

As I was saying, and in spite of the scarce studies that give protagonism, or that at least include visuoperceptive and visuospatial functions, it has been possible to observe and accumulate evidence that indicates that some subjects show signs of visuospatial alterations such as, for example, difficulty in copying a drawing, fit pieces into two- or three-dimensional patterns, or failures in the spatial perception subtest of the Spatial and Visual Object Perception Battery (VOSP), even up to 5 years before the diagnosis of AD, sometimes preceding these visuospatial deficits to the appearance of other cognitive deficits, including amnesic (Mandal et al., 2012; Schmid et al., 2013).

With visuoperceptive functions something similar has been observed, through the use of tasks of visual recognition of objects such as the 15–Objects Test or the VOSP, signs of apperceptive visual agnosia have been detected in subjects that were in preclinical and mild phases of AD (Norlund et al., 2005; Alegret et al., 2009; Quental et al., 2013).

Along with the above, we know that once a cognitive function deteriorates it will follow a progressive and irreversible course of decline. In this sense, visuoperceptive and visuospatial functions are not different, but the interesting thing about this issue is that depending on the degree of deterioration of the superior processing of visual information, it would be possible to discriminate and group a sample of subjects as healthy, in MCI, or in mild AD. That is to say, the clinical value of visual agnosias as an early diagnostic marker is added to the fact that their severity and declining course is a sensitive indicator of the state and progression of the disease (Johnson et al., 2009; Alegret et al., 2009; Riley et al., 2010; Wilson et al., 2011; Quental et al., 2013; Salimi et al., 2018).

As for the neuroanatomical correlates of AD, in very early stages of the disease there is already an accumulation of beta amyloid protein and hypometabolism in medial temporal structures such as the perirrinal cortex, the entorrinal cortex and the hippocampal formation, and, even more interestingly, concomitantly, also in regions such as the posterior cingulate cortex, the lower parietal cortex, the precuneo and angular gyrus, regions that form part of the posterior network of the Default Mode Network.

If we analyze these findings from the point of view of functional brain connectivity, we could expect that hypoconectivity between the nodes that integrate a medial parieto-temporal network, or the loss of connection between the dorsal and ventral pathways through the cingulate cortex, would rise to the deterioration of the capacity to integrate and process visuospatial and visuoperceptive information in early stages of AD (Alegret et al., 2010; Schmid et al., 2013; Jacobs et al., 2015; Dubois et al., 2016; Mortamais et al., 2017).

In order to focus and specify the subject, in the light of the above data the possibility is raised that visual perception deficits serve as a cognitive marker for the detection or diagnosis of subjects who are in the prodromal phase, and even in the pre-clinical phase of AD, and also to report on the progress or aggravation of the disease throughout its different stages.

However, we should not lose sight of the fact that the prevalence of visual perceptual deficits in patients with AD is estimated between 20% and 40%, which shows that the fact that a patient does not present these deficits does not mean that we are not facing a case of AD, obviously (Salimi et al., 2018).

In short, this type of finding forces us to break old schemes and preconceived ideas about AD and adopt a broader perspective on the possible clinical expression of this disease, since it is characterized by a complex syndromic picture, in which several cognitive functions, beyond episodic memory, can play a relevant role from the beginning of it. In fact, there are even those who believe that, if memory impairment is an indicator of AD, visuospatial deficits are a hallmark of AD, and that their use as a clinical marker could increase the specificity of the diagnosis of the disease (Mandal et al., 2012; Jacobson et al., 2009). Well, this is a possibility, only time and exhaustive exploration of higher visual functions will remove us from doubt.

Finally, when reviewing the available bibliography on AD we can conclude that it is a very heterogeneous disease, which, added to the differences inherent in each individual, forces us not to take for granted a priori whether or not there is a deterioration of any cognitive process.

Furthermore, as the issue of heterogeneity of AD is not limited to the set of signs that a patient may present at any given time, a continuous adjustment of rehabilitation is also required according to the course of progressive cognitive decline characteristic of the disease. It seems platitudinous, but it must still be remembered that not being diagnosed with Alzheimer’s is an older person with severe cognitive impairment and severe dependence on activities of daily living.

Bibliography of the article “Visual perception in Alzheimer’s disease”.

Learn to use NeuronUP

If you’ve found this article on visual perception in Alzheimer’s disease interesting, you may also be interested in: 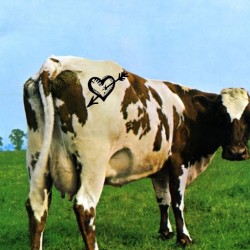