What is Parkinson’s disease?

Parkinson’s disease (PD) is the most common neurodegenerative movement disorder, with studies reporting prevalence between 108-207 per 100,000 in Europe. Although a pure genetic origin can be demonstrated in a minority of patients, the fundamental cause of PD is unknown, with age being the single largest risk factor associated with the development of the disease.

The progression of Parkinson’s disease is very slow and much of its symptomatology is caused by the death of dopaminergic neurons and the consequent loss of dopamine terminals.

Parkinson’s disease is characterized by four cardinal motor features: bradykinesia, rigidity or stiffness, tremor, and postural instability. Symptoms are typically unilateral upon onset and, even though they become bilateral over time, an asymmetry may persist. While tremor may be the most well-known symptom of Parkinson’s disease by the general public, it is not a defining or specific symptom. What really defines Parkinson’s disease is parkinsonism, and this necessarily implies the presence of bradykinesia (paucity and slowness of voluntary movement, which will be evident in the assessment of the performance of repetitive movements).

After the onset of motor symptoms, patients initially respond well to treatments with dopaminergic replacement therapy. However, this period usually only lasts for about 5 years. After this,neurodegeneration progresses and patients gradually develop new motor complications. Time elapsed between onset of motor symptoms and disability is highly variable among PD patients, but generally within 10 to 20 years after its onset.

Despite the importance of motor symptoms, non-motor symptoms of Parkinson’s disease are gaining increasing attention. These are not only useful from a diagnostic point of view (since they are seen in all stages of the disease), but are of paramount importance in the follow-up and management of PD patients because they have a significant impact on the quality of life of these patients.

Cognitive deficits are now recognized as highly prevalent symptoms of Parkinson’s disease and have a negative impact in the quality of life of patients. Cognitive deficits have been traditionally attributed to dopaminedepletion secondary to degeneration of nigrostriatal dopaminergic neurons, and, as a consequence, to a failure in frontal-subcortical circuits. However, in recent years, insights from research have begun to unravel the involvement of cortical and extranigral structures.

However, early in Parkinson’s disease, some patients complain about difficulties in maintaining attention while reading, during prolonged mental effort, or when they have to perform certain mental operations. Word-finding difficulties are very common (“tip-of-the-tongue phenomenon”), a symptom related to deficits in semantic verbal fluency that may be present from very early stages. Complaints of recollection of recent episodic events are also common and relate to the impairment in free recall of verbal and visual memory tests. Difficulties in performing dual-tasks, planning activities and organizing daily life (correspondence, finances, work projects) may be perceived very soon by patients, and have been associated with executive dysfunction. Despite the early onset of deficits in visual perception, no complaints of motion perception or visual recognition are reported by patients.

As cognitive impairment evolves, memory and executive symptoms become more apparent to both patients and their caregivers. In the transition to dementia, language problems may arise, and patients with Parkinson’s disease encounter problems understanding and producing language, and develop a tendency to lose the thread of conversation. Language problems in mid- to advanced stages of the disease are characterized by impaired sentence comprehension, poor verb production, and diminished semantic activation.

A number of clinical trials have studied the benefits of cholinesterase inhibitors for cognition, behavior and quality of life in patients with Parkinson’s disease dementia, but a pharmacological approach aimed specifically at treating mild cognitive impairment or preventing the progression of symptoms in these patients has not yet been approved.

Even though evidence is still limited, non-pharmacological interventions have shown improvement of cognition in patients with Parkinson’s disease.

Cognitive-behavioral therapy has demonstrated remarkable efficacy in the treatment of depression and anxiety in PD patients, improving their ability to cope with their disease and their quality of life.

Cognitive training, physical exercise or the combination of both are becoming key interventions for delaying the onset of Parkinson’s disease dementia.

Cognitive training is shown to be safe and leads to measurable improvements in cognitive performance, particularly in working memory, executive functioning, and processing speed. Cognitive training includes both paper-and-pencil and computerized tasks. Benefits have also been observed from cognitive-specific and non-cognitive specific training(especially for executive function) such as motion-controlled games.

Gaming (videogames and virtual reality)can be considered as skill training, which is often perceived as enjoyable thanks to motivating and emotional factors (remember the burden of apathy) thereby increasing patients’ adherence to and participation in rehabilitation in the long term.

The competitive element can be an additional motivating factor to remain involved in the cognitive training program, which can affect the patient’s social and familial environment. There is another advantage to this type of training: it can be performed in the home (always with the supervision and monitoring of a professional), which increases the frequency of training.

Additionally, when analyzing the specific characteristics of the disease—with its areas and functions affected to a greater or lesser extent depending on each case—effective programs for patients with focal lesions may also be positive for patients with Parkinson’s disease in an effort to prevent cognitive decline. This results in optimizing participation in society and quality of life.

If you are a neuropsychologist or occupational therapist and you would like to train the most commonly affected cognitive processes in individuals with Parkinson’s disease, don’t miss this blog post on cognitive stimulation activities for people with Parkinson’sdisease.

Despite the progress that has been made in the development of cognitive training forpatients with PD, we must be aware that treatment is aimed at minimizing the damage caused by symptoms and improving functioning and quality of life. We should not forget that, when treating a neurodegenerative disease, we are far from the total disappearance of symptoms because at present, the progression of the disease is inevitable.

In conclusion, cognitive training in combination with behavioral interventions can help PD patients overcome the enormous challenge of living with this disease. Our goal as professionals or family members should always be to maximize their well-being and quality of life.

Even though we are still in the early stages of researching the real benefits of non-pharmacological interventions and even if the methodological limitations in many cases are practically insurmountable due to the complexity of Parkinson’s disease, the efforts aimed at optimizing these interventions and trying to make them effective for patients (in both the early and advanced stages of the disease), is a huge challenge that should encourage us to continue working in this direction. 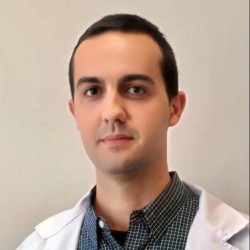